Today, the BBC announced ‘Black & British’, a season of programming celebrating the achievements of black people in the UK and exploring the rich culture and history of black Britain. Running throughout November 2016 and led by programming on BBC Two and Four, with other content across BBC TV, radio and online, the season will feature bold, vibrant & provocative stories, overturning preconceptions and challenging orthodoxies. It has been said that black “kitchen table talk” [as it were] surrounding their experiences in Britain, will be addressed openly and candidly for the first time. The season will also cast a fresh like on our history, examining the contribution and impact of black people in the UK as well as interrogating just what it means to be black and British today. 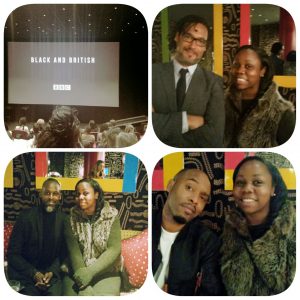 Judging from the snippets – viewers are in for a real treat! I had the pleasure of interviewing Historian/Broadcaster David Olusoga, Photographer/Creative Simon Frederick, Social Historian Emma Dabiri & mi old pal from my ‘Comedy @ Cottons’ co-ordinating days, the hilarious Dane Baptiste.

Keep your eyes peeled, to read what they all had to say. It’s some interesting stuff!