THE ESTEEMED Frederick ‘Toots’ Hibbert helped to define a genre with his band Toots & The Maytals. Their 2004 album, True Love, won a Grammy in 2005.

There’s a lot of misinformation floating around about the Clarendon-born singer. For instance, he was born in 1945 not 1942 and is in fact, the youngest of 14 brothers and sisters, not seven.

One question on the lips of many is how Mr. Hibbert got his famous, musical moniker. He said:

“My brother told me that, when I was just born and he held me in his arms, after my mother held me, he said ‘Oh come here little Toots’. Then it stuck and went on to become a nickname.”

Had Toots not flourished within the field of music, perhaps he would’ve excelled in sports as an amateur boxer.

“I believed I would live off of boxing; I used to train in Trench town, having spent time there, with my older brother John, after leaving school. Y’know, I was a young bwoy, wanting to do all this exciting thing. I used to follow-up Muhammed Ali and some great other boxers. However, I didn’t go far in boxing because I was just an amateur and there was nobody to motivate me with it. It was just good exercise.” 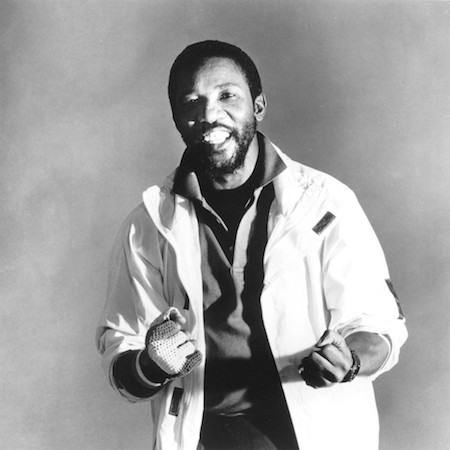 Toots & The Maytals are perhaps best known for hit songs Sweet and Dandy, Pressure Drop  and 54-46 That’s My Number.

Toots wrote 54-46  in 1966, during an 18-month stint in confinement for possession of marijuana. It was finally released in 1968. The song became one of the first ska standards to receive widespread popularity outside of Jamaica and remains a classic, until this day. Contemporary artists such as Foxy Brown, The Clash, Vanilla Ice and Major Lazer have all sampled 54-46, up until as recently as last year. What’s more, it has been anthologized repeatedly.

There’s an interesting story behind the origins of this track. Though many believe that the song referred to his prison or jail number, Toots said it isn’t so and set the record straight.

“It wasn’t a prison song. I wasn’t in prison so I never had a prison number. I was in confinement where I had my guitar, my own clothes, meals brought in from my yard. I am a songwriter, so the inspiration came and I wrote.”

Toots further explained that he was, in fact, framed for weed possession and shouldn’t have been put away in the first place.

“I didn’t even know what weed looked like back then, I’d just come from my parents’ house and was very young at the time (21). I was about to go to England to do my first tour. A guy paid £30 to the police to hold me back. You see bad mind people, you t’ink them easy?”

Maneuvering through the music industry, as an emergent artist, was difficult in the 1960s. Not just in reggae, but across the board.

Musicians and singers were not aware of their legal entitlements because, well, nobody told them. Education about publishing, royalities, performer’s rights and contract law was not as prevalent as it is now.

As such, many of them got robbed by more learned producers who exploited their lack of insight for monetary gain. This theme formed part of the storyline for iconic Jamaican movie The Harder They Come which starred Jimmy Cliff and featured some of The Maytals’ music on the soundtrack.

Toots is no stranger to this experience:

“It was hard. We (Toots and The Maytals) came, we sung songs and we got nothing for them. Sometimes maybe three shillings or two shillings between the three of us. We’d just do it for the excitement, not really knowing that there was money in it.

“I remember, after getting about thirty-one number-one songs in Jamaica, we received one pound between the three of us. It was a beautiful moment!

“The so-called producers knew what they were doing, whereas we just came from the country, and were foolish. They’d just say ‘sign this’ and you would, not knowing what you’re signing, when they’ve written what they want to on the contract. We didn’t have lawyers or management. That’s where the music is coming from.

“Back then, we didn’t know that making music would turn into business.”

Is he bitter about these experiences? No, he just gets better.

“Most things don’t change me because what I do is try to analyse my situations, myself, because to be strong is important. You have to believe in yourself, God and what you do. Never get weary and don’t let anyone get you down.” 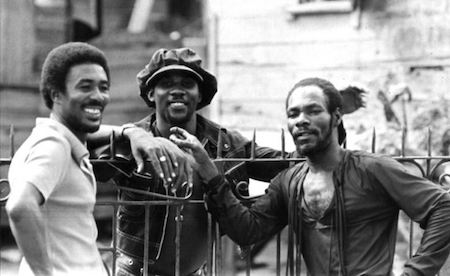 Hibbert was one of the first artists to use the word reggae, in 1968’s Do The Reggay. In some dictionaries, its etymology is attributed to him.

As one of the founding fathers of the genre, it is sobering that he feels that the musical culture isn’t being valued by its gate keepers. He said:

“Reggae music is being appropriated from people outside of the culture, all the way. But it’s people, from inside, who are giving away the music.

“Jamaica is not the head office for reggae anymore. It has been sold out to France and Europe. It shouldn’t be like that but I haven’t been sold out; my stuff is with me.”

MANY RIVERS TO CROSS

Whilst performing at Richmond-based festival Dominion Riverrock in 2013, Toots was struck in the head with a vodka bottle by a William C Lewis who was given six months’ jail time. After beung treated for an injury sustained, the icon was forced to take an extended break from performing.

It was recently reported that the lawsuit, surrounding this incident, had been quietly settled. However, Toots has confirmed to <i>The Voice</i> that this is still ongoing.

Court filings at the time, outlined the psychological impact of the attack, stating:

“Toots has always been known for his friendly, youthful and positive personality, but since 2013 he has been anxious, withdrawn and depressed — a shadow of his former self.”

In an unprecedented and brave move, especially for an artist of an era which traditionally doesn’t acknowledge mental illness, the 72 year-old singer said that, though he is highly functional, generally happy and in a much better place, he suffers from Post Traumatic Stress Disorder (PTSD) and depression, as a result of the incident.

“That’s a fact, but I don’t let it get over me. I don’t talk about it much. If I am not happy, I just act as if I am happy to make people happy.”

As for new music, Toots is sitting on about 2000 unreleased tracks, dating back to the 1970, and intends to start putting some out as vinyl records.

“Releasing them through vinyl is how they live long. There’s nothing like playing a song on vinyl – it’s nice, it’s clean, it’s timeless.”

When discussing achievements over his impressive, 50+ year career, Toots smiled, rubbed his chin and paused, before musing:

“My greatest achievement is not just one thing. It is my voice, my life, my mum, my dad, my family, the audience. To be able to sing for people and let them enjoy themselves? I feel good about that.

“I’m no greater than anyone though, I am just Toots.”