SINCE HANGING up her dancehall shoes in December 2015, Marion Hall has been baptised and is now walking a Christian path. Some of the best-known anthems from the Jamaican-born star, formerly known as ‘queen of dancehall’, Lady Saw, include Heels On, Man is the Least and Sycamore Tree.

Currently residing in Florida, Hall decided to remain in America’s sunshine state after performing at her first post-baptism concert at Lauderdale Lakes in February of this year.

“When I came here, I was on the run from my own people,” she admits. “After my baptism, I found that a lot of people in Jamaica were persecuting me, criticising me, condemning me for making my decision – talking a lot of mess. You’d think people would be praying me up when many were talking against me. I was so paranoid at the time.”

However, after this initial backlash, Hall began to take heart in a higher purpose, “I realised I didn’t have to please mankind. It was about pleasing God. Mankind can’t blow breath in you. I used to run but now I care zero about what anyone thinks.”

Thankfully though, several of her former reggae peers, have been more supportive: “Judy Mowatt brought me to her church long before I got saved. Lieutenant Stitchie has always been there. Junior Tucker, Papa San and Chevelle Franklyn have also shown a lot of love.” 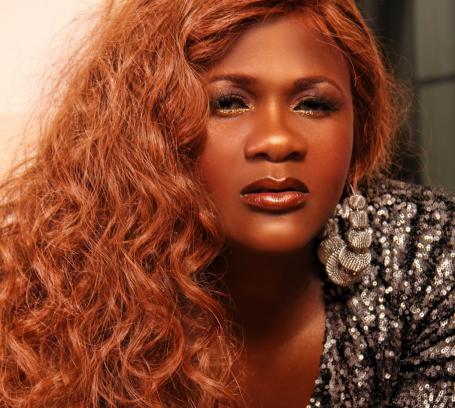 “I’ve just conquered long division. I didn’t get to finish school when I was younger because we couldn’t afford it. If someone told me that I would be learning these things in the future, then I would have said you are lying!”

Dancehall is, of course, a global commodity and Hall was once sitting at the top of the scene as the formidable, Lady Saw. As the first female Jamaican deejay to perform as a headliner outside of Jamaica, she was also the first to be certified as a triple platinum artist and win a Grammy award.

While there is also a booming gospel music market, how does the money there compare to what she used to make in the world of dancehall?

“I’m not pulling in millions like I used to,” Hall admits. “But I’m not hungry and I’m so happy. Can I tell you about the peace I have felt since [getting baptised]? Such joy!”

Earlier this year, Hall’s debut gospel album landed, showcasing her spiritual sound. Aptly titled When God Speaks, the 14-track record was released on her Marion Hall Ministry imprint and features a number of respected producers, such as Colin Bulby and Bobby Digital. The 44 year-old gushes: “It turned out so beautifully and was honestly the quickest album I’ve ever made. Four songs were recorded in the US and 10 in Jamaica. People are loving it but it’s dedicated to God because He gave it all to me.

“I always wanted to do a gospel album but knew I couldn’t do both [secular and gospel]. Once I started on the journey, I made a promise to God that one day, I would give my life to Him and serve Him, if He can just be patient with me and help me to make the living I need to help myself and my family. I’m so grateful to God for holding on to me and not letting go.” 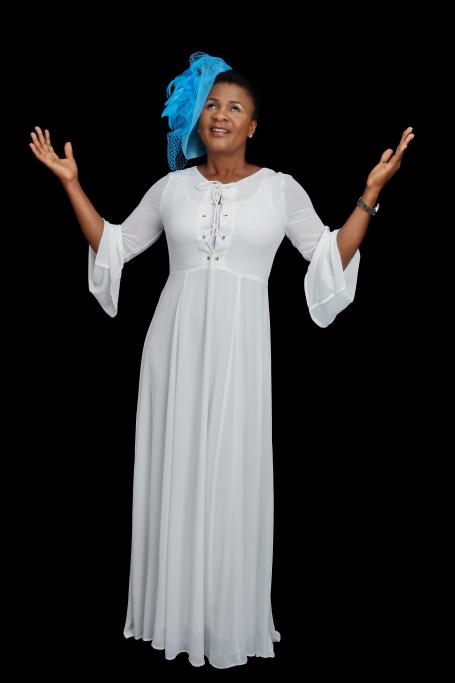 According to the St. Mary native, her current spiritual journey has been a long time coming.

“I was going to walk away [from dancehall] but then went to clash another artist [Macka Diamond] at Sting 2013. When I was done, I felt like a speck of dirt – like I had let God down. After that, I didn’t feel His presence when I prayed…not until just before I got baptised after [dancehall singer J Capri’s funeral [in December 2015].”

Hall is no stranger to hardship and has been very transparent about her tribulations, both outside and inside the studio. Part of her ministry will include helping the hungry, homeless and abused young women: “When I got my calling, the first thing He did was send me to a prostitute. I’ve been to women’s prisons to minister to them. I realise that I didn’t get saved to get saved, but to help others and win souls for Christ.

“Before I got saved, there were so many women approaching me about their own painful experiences and I’d open up about my own testimony. I want to use this to help others – both women and men.”

Reflecting on her own experiences, Hall says: “I’ve gone through so much. Living in the ghetto, abuse from my dad – brutal beatings, tying me with chains. There was a time in my teens when I took pills and asked the Lord to let me die. I ended up vomiting them up. I’ve been raped. But God never took his hand off of me. This is what my single, I Had Jesus is all about.”

As Lady Saw, Hall was famed for her X-rated music and performances. But the former dancehall queen says her sexually laced material was a reclamation of her past traumas, and also a tool of empowerment.

“I used the same sex that I could’ve hated men for and sold it to feed myself and my family,” she says. “But after each performance, I’d be praying for forgiveness.”

Forgiveness is a huge part of redemption and Hall says she chooses “not to dwell” on those who did her wrong in the past – particularly her father.

“He acts like he doesn’t remember the things he did,” she says. “But I forgave him a long time ago. He has some good ways too. He used to comb our hair, sew – do a lot of those things as my mum passed away when we were young. He now lives in Ocho Rios at my house.”

Optimistic about her future prospects as a Christian and her new lease of life, an effervescent Hall declares, “I am married to Jesus until he says otherwise!”

Marion Hall’s single Room In My House is out now, available via major digital retailers